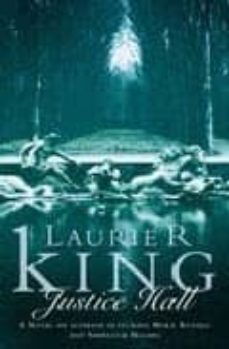 The latest in Laurie R King's hugely popular Mary Russell mystery series: 'Beguiling variation on Sherlock Holmes sequels...civilized, ingenious and engrossing' -- Literary Review Hours after Holmes and Russell return from solving the murky riddle of The Moor, a bloodied but oddly familiar stranger pounds desperately on their front door, pleading for their help. When he recovers, he lays before them the story of the enigmatic Marsh Hughenfort, younger brother of the Duke of Beauville, returned to England upon his brother's death, determined to learn the truth about the untimely death of the hall's expected heir...a puzzle he is convinced only Holmes and Russell can solve. It's a mystery that begins during the Great War of 1918, when young Gabriel Hughenfort, the late Duke's only son, died amidst scandalous rumors that have haunted the family ever since. While Holmes heads to London to uncover the truth of Gabriel's war record, Russell joins an ill-fated shooting party. A missing diary, a purloined bundle of letters, and a trail of ominous clues comprise a mystery that will call for Holmes's cleverest disguises and Russell's most daring journeys into the unknown...from an English hamlet to the city of Paris to the wild prairie of the New World. The trap is set, the game is afoot, but can they catch an elusive villain in the act of murder before they become his next victims?